SEER vs. EER: What’s the Difference? 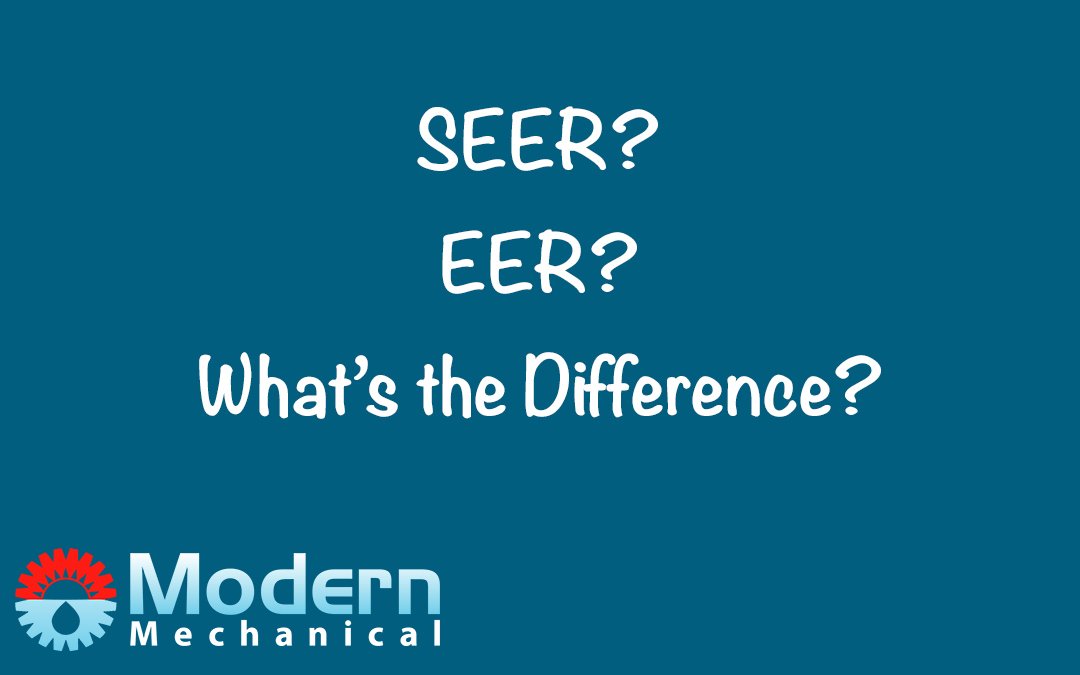 SEER ratings are your guide for successfully comparison-shopping central air conditioners and heat pumps to find the make and model that delivers optimum energy efficiency. It’s counterpart, EER, is a similar metric that’s most often used to evaluate the efficiency performance of room air conditioners (window units). Either the SEER or EER rating for an A/C is prominently displayed on the unit’s yellow EnergyGuide sticker, required by the Department Of Energy on all new air conditioners. Higher SEER and EER ratings mean greater efficiency and lower operating costs.

SEER stands for Seasonal Energy Efficiency Ratio. Basically, it expresses the amount of cooling capacity a unit delivers in ratio to the amount of energy it consumes, at various temperatures averaged over a typical cooling season. The calculation is made by laboratory tests that measure the cooling output in BTUs of heat divided by the input watts of electricity per hour. This figure is further refined by inputting results from tests conducted at a variety of outdoor temperatures ranging between 65 degrees and 104 degrees. SEER provides the best prediction of how a unit will perform in a moderate climate with a wider variety of temperature variations during the cooling season.

EER is a simpler efficiency rating that takes into account the cooling capacity in BTUs divided by the watts per hour of electrical consumption when tested at a single fixed temperature, usually 95 degrees. The EER rating best represents efficiency performance in climates where the temperature is at least 95 degrees during most of the cooling season.

If you have more questions about SEER ratings and EER ratings, contact Modern Mechanical.